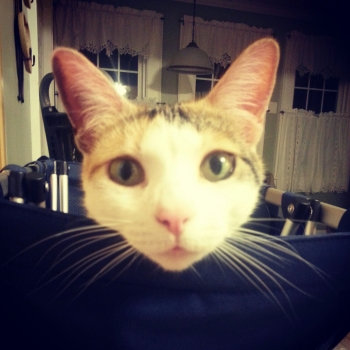 Did you have a fantastic weekend? Did you do anything fun?

There was definitely not enough sleeping this weekend. 🙂

Although, honestly, I made up for it yesterday by sitting on my couch and watching CrossFit Regionals all day long. Like, literally, All. Day.

Plugged my sailor’s phone into the TV (mine, for some reason, does not have an HDMI out slot) and watched the live streaming action on the big screen.

Anywho, we also ate pretty well this weekend. I promise there was more than just ice cream – um, hello, MOOSE TRACKS! – and coffee.

Thing 1 gave me the best gift ever for Mother’s Day – the Runner’s World Cookbook!

You know I was bookmarking recipes in there! 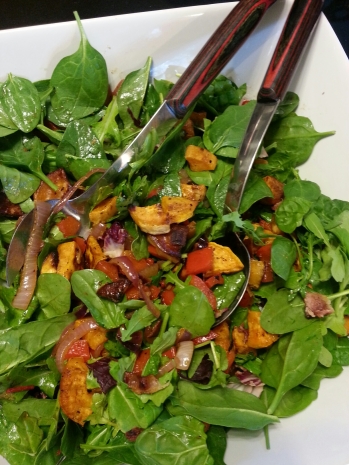 I sauteed some shrimp in garlic and olive oil as an accompaniment. So delicious!

As you can tell by more than just spinach leaves in that picture, I changed up the recipe a little (hey, I can’t help it! It’s what I do.).

But honestly, it doesn’t really  need it. There’s not really anything more perfect than sweet potatoes and bacon and this recipe has them BOTH!

1. Preheat the oven to 400 degrees. Put the taters on a baking sheet, drizzle with 2 tablespoons olive oil and sprinkle with salt and pepper to taste. Toss to coat. Roast, turning occasionally, for 25 minutes, or until crisp and brown on the outside and tender inside. Remove from oven and keep on the pan until ready to use.

2. While the taters are roasting, place the bacon in a skillet (cast iron, if you got it!) over medium heat. Cook for 5-7 minutes or until crisp. Drain on paper towels. **Now, the recipe says to pour off the fat but I chose to keep it for the veggies. Do what you want.** When bacon is cooled, break into pieces. 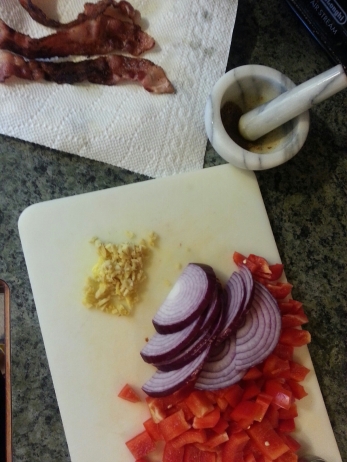 3. Return the pan to medium heat and, if not using bacon fat, add remaining 2 tablespoons oil (I added a couple of teaspoons because there was only about a tablespoon of bacon fat). When it’s hot, add the bell pepper, onion, and ginger. Cook, stirring occasionally, for 5 minutes or until just softened. 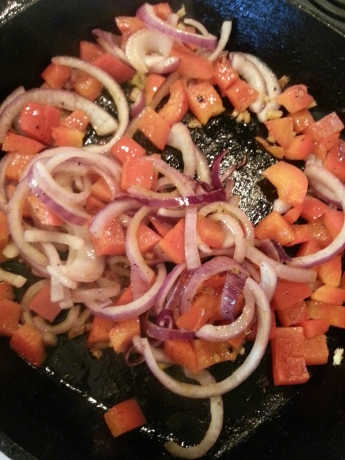 Stir in the cumin and the orange juice and turn off the heat. (The recipe can be made up to an hour or so ahead to this point. Gently warm the dressing again before proceeding.) 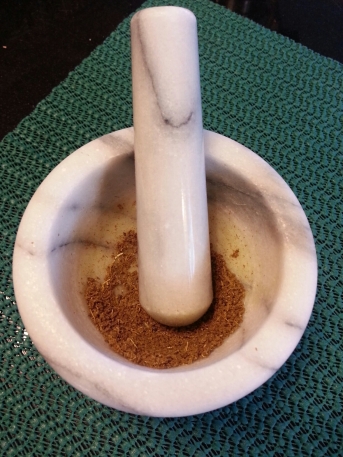 4. Put the spinach in a bowl large enough so you can toss the ingredients together without them ending up all over the counter or floor (although, 5 second rule on the bacon!). Add the sweet taters, bacon, and the warm dressing. Toss to combine. Try to remember that it makes 4 servings and you should share. 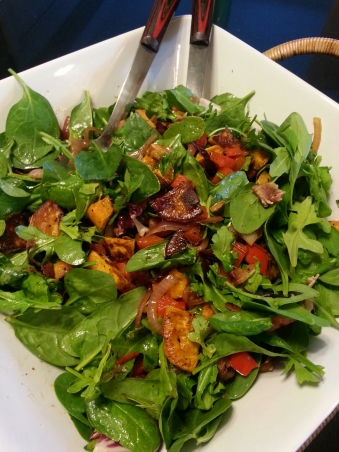 Talk to me: Did you watch any of the CrossFit Regionals this weekend? Were you lucky enough to actually BE there? Do you know anyone who’s never had a sweet potato?