This week has been ridiculously long. Painfully long. That’s probably because last week was a 3 day week with the 4th of July falling on a Friday. A 3-day weekend that’s Friday, Saturday, and Sunday rather than Saturday, Sunday, and Monday is just odd.

Speaking of odd, I have some random things to share with you in this week’s edition of “Five on Friday.”

So, Eliza doesn’t like to be brushed. In fact, she really doesn’t like to be held. Sometimes, like maybe 2 or 3 times a year, she’ll sit on your lap but only when she decided that’s what she wants to do. She also likes to be outside. Not outside, outside but outside in our screened in porch. Where it’s hot. And humid. And OUTSIDE.

She has a fur coat.

She’s not big on grooming herself. Yes, she’s lazy.

Because of that, her fur gets really matted. Like BAD. HUGE. AWFUL clumps of fur.

And then she gets a hair cut. 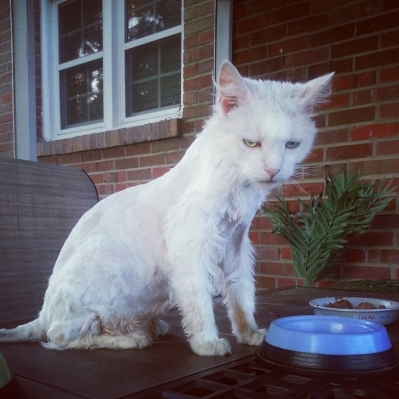 Oh my goodness. So good!

I was lucky enough to get a hold of a few  at FitBloggin’ and I’m in heaven.

I eat them as I go from work to CrossFit and we even took them on our hike last weekend. So what if they got a little melty and smooshed on our fingers? Chocolate + peanut butter + melty = licking the wrapper. 🙂 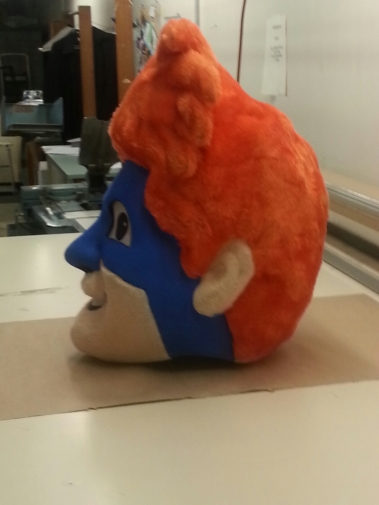 Have I ever mentioned that my new CrossFit box is attached/next door to a dry cleaners? We share the restroom and I see some odd things when I’m going back that way.

I found these at Harris Teeter. You must find them. They are UH-MAY-ZING. 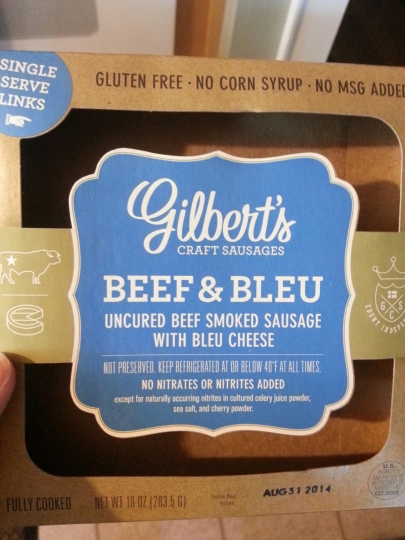 They come individually wrapped so you could even throw one in your lunchbox if you chose to. We’ve grilled them and served them with grilled veggies, tortilla chips, and guacamole. My sailor put his in a bun. (you know, no matter how many different ways I tried to say that, it all just sounds really, really inappropriate.) 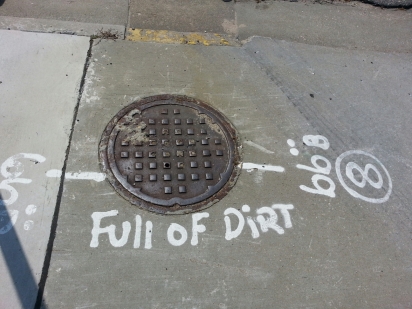 Talk to me: What sort of random things have you seen/heard this week? Have you ever given a cat a hair cut? Do you think all manholes are filled with dirt?  (Ha! More inappropriateness. I crack myself up.)