Guess what I did this morning?

I went to CrossFit!!!

There’s a box about 10 minutes from my house and I was finally able to check them out.

They have 4 scheduled classes a day and I went to the 6:15 AM class.

Yes, I know it’s a holiday and I didn’t have to get up early but the neighbor’s dog had other ideas.

Incessant barking at 4:30 this morning.

Shooting him didn’t seem like the right thing to do so I just made the best of it, got up and went to the early class.

It’s a small box (which is fine) and there were 3 of us there this morning plus the coach.

I definitely appreciated the small group this morning because my front squats were a little wonky to start and I really needed the attention/coaching.

And, I learned how out of shape I really am. Running schmunning. I missed HARD WORK.

I can’t wait to check out the PM class on Wednesday!

Tomorrow is speed work. And, it’s supposed to possibly get up into the 60s! Shorts & t-shirt running weather!

CrossFit this morning was definitely the kick in the pants I needed.

My motivation really waned this past week and I’m so ready to get back to business. 🙂

I’ve also fallen off the “healthy” train a little. 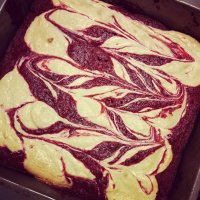 And lovely box of chocolates! 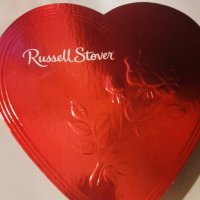 I found an AMAZING Clean Eating recipe for chickpea stew!

I do love the chickpea.

This stew is lightly spiced (seriously, use more jalapeño if you want it to fight back) and amazingly delicious.

AND, you get to cook with a whole cinnamon stick! 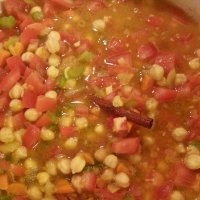 Okay, fine, maybe I’m a dork but I thought it was pretty cool. 🙂

And, it adds a whole different flavor level than just adding ground cinnamon.

It was a delicious combination with the toasted cumin seeds, turmeric, fresh ginger and garlic.

I served this up with some toasted Naan and called it dinner.

NOTE: This stew calls for dried chickpeas that require overnight soaking. If you don’t want to do that, use canned. Just make sure you rinse them really well.

1. In a large bowl, add chickpeas and enough cold water to cover by 1 inch. Soak overnight, for 8 to 18 hours. Drain.

3. Stir in 2 cups water, tomatoes, and chickpeas. Increase heat to bring mixture to a boil, then reduce heat to low, cover and simmer until beans are tender, 30 to 45 minutes. Add garam masala and stir to combine; remove cinnamon stick. Ladle soup into serving bowls and garnish with cilantro (if desired), dividing evenly.

Talk to me: Why is my cat so weird? 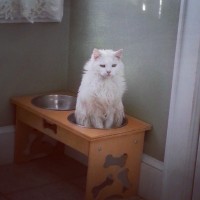 Can you believe that Christmas is right around the corner?!

I was out doing some last minute Christmas shopping and I came across this.

I just had to have it!

Hey, surely I’m not the only person in the world who’s done that?

Anywho, it’s been a super busy physical week for me.

Raked 28 bags of leaves on Monday, smashed my fingers for good measure, 5 1/4 mile tempo/hill run on Tuesday, 9 miles on Thursday + a 3 mile walk through the park with Thing 2, and another 3 mile walk in the park with my sailor yesterday. 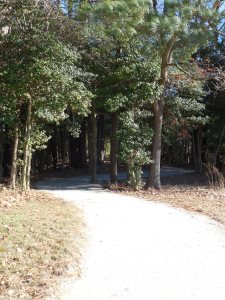 I was supposed to do 20 miles this morning.

I twisted my foot a little on Thursday and, after yesterday’s walk, there was no way my foot was going to hold up. It’s not swollen but it’s definitely stiff. It’s been healing pretty well since I did whatever to it back a few months ago but I don’t want to take any chances.

So, I’m resting it and I’ll jump back on the mileage on Monday.

I’m feeling more confident about being able to finish the marathon but I certainly can’t go into it with a hurt foot.

I’ve been so hungry this week!

And, really tired. Holy cow, am I getting a ton of sleep!

So, I made up a dish with some yummy roasted veggies, rotisserie chicken, and black beans.

1 rotisserie chicken, pulled apart and bones discarded (or, roast your own chicken and shred that bad boy up)
1 sweet potato, cut into wedges
2 red bell peppers, cut into chunks
handful of baby carrots (as many as you want)
1 small red onion, cut into quarters
1 small yellow onion, cut into quarters
5-10 garlic cloves, NOT peeled (I love garlic so I used 10. You may not love garlic as much as me. Fine. Remove the papery coating but don’t peel the cloves)
Olive oil
salt and pepper to taste
1 can black beans, drained and rinsed
1 cup chicken broth
fresh rosemary, thyme and sage (aka the poultry blend) 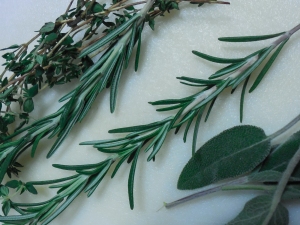 3. Toss with roasted veggies and chopped herbs. Add broth (up to a cup) and heat over medium-high heat for about 15 minutes, until heated through and seasonings mesh. Taste and season with additional salt and pepper, if desired.

That means there are only 14 days until Christmas.

I’m SO not ready.

So, I woke up this morning to this. 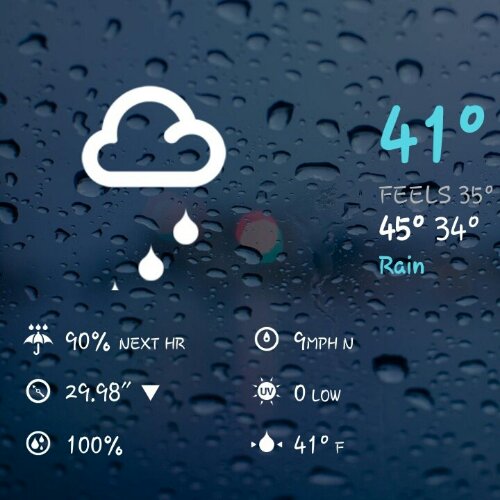 8-miler in the freezing rain? Um, no.

Yeah, still blech but at least it won’t be wet! It’s the small things, you know. 🙂

Okay, last night I made the most amazing chicken stew.

I’ve had this recipe set aside to make for a couple of weeks now and it finally happened.

I’ll be honest – this stew is a little labor intensive but I promise you that it’s worth it.

First, you have to cut a whole chicken.

THAT’S an adventure in itself!

But, it’s worth it the work.

See?! Easier than you thought, right? 🙂

(the bonus about that video is the guide to making stock!)

Then, you have to make a roux.

Okay, phew, that was close. Glad you came back. 🙂

I know, I know – making a roux is HARD and scary!

Believe me, I’ve tried them before and, well, let’s just say they didn’t work out so well … and we ordered pizza.

But, not this time!

It did take some time – about 20 minutes (WORTH IT! Pour a glass a wine, put on some music and make a party out of it!) – but, it turned out fabulously and I’m pretty sure it’s because the directions say to scrape back and forth instead of stirring.

I don’t know WHY that makes a difference but it did.

My roux turned out perfectly! 🙂

Then, once the chicken gets back in the pot, you have to deal with the wonderful smells for about another 30 minutes while the chicken cooks.

I seriously just stood by the stove and sniffed.

Make this stew. Make it!

1. Heat 3 tablespoons oil in a 4- to 5-quart heavy pot over moderately high heat until hot but not smoking. Pat chicken dry and sprinkle with salt. Brown chicken in 4 batches, turning, about 5 minutes per batch, transferring as browned to a large bowl.

2. Add enough of the remaining oil to pot to total 1/4 cup fat, then stir in flour with a flat metal or wooden spatula and cook over moderately low heat, scraping back and forth constantly (not stirring), until roux is the color of milk chocolate, 10 to 20 minutes.

Add onion, bell pepper, and celery and cook, scraping back and forth occasionally, until onion is softened, about 8 minutes.

3. Add water to roux mixture and bring to a boil, stirring occasionally until roux is incorporated. (Roux will appear curdled initially, but it will come together as it reaches a boil.) 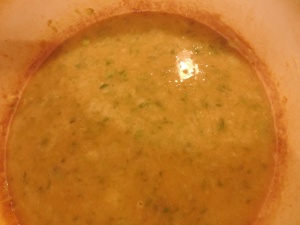 Add chicken and any juices accumulated in bowl, then simmer, partially covered, until chicken is cooked through, 30 to 35 minutes. 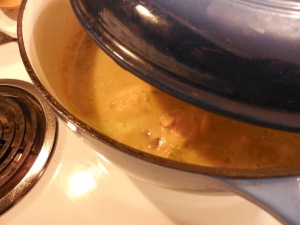 Stir in cayenne, scallion greens, and salt to taste and serve over rice. 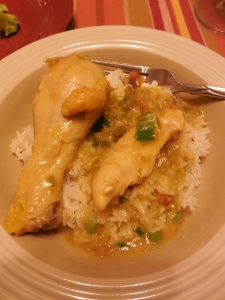 Mine are Cooking Light and Food & Wine. 🙂